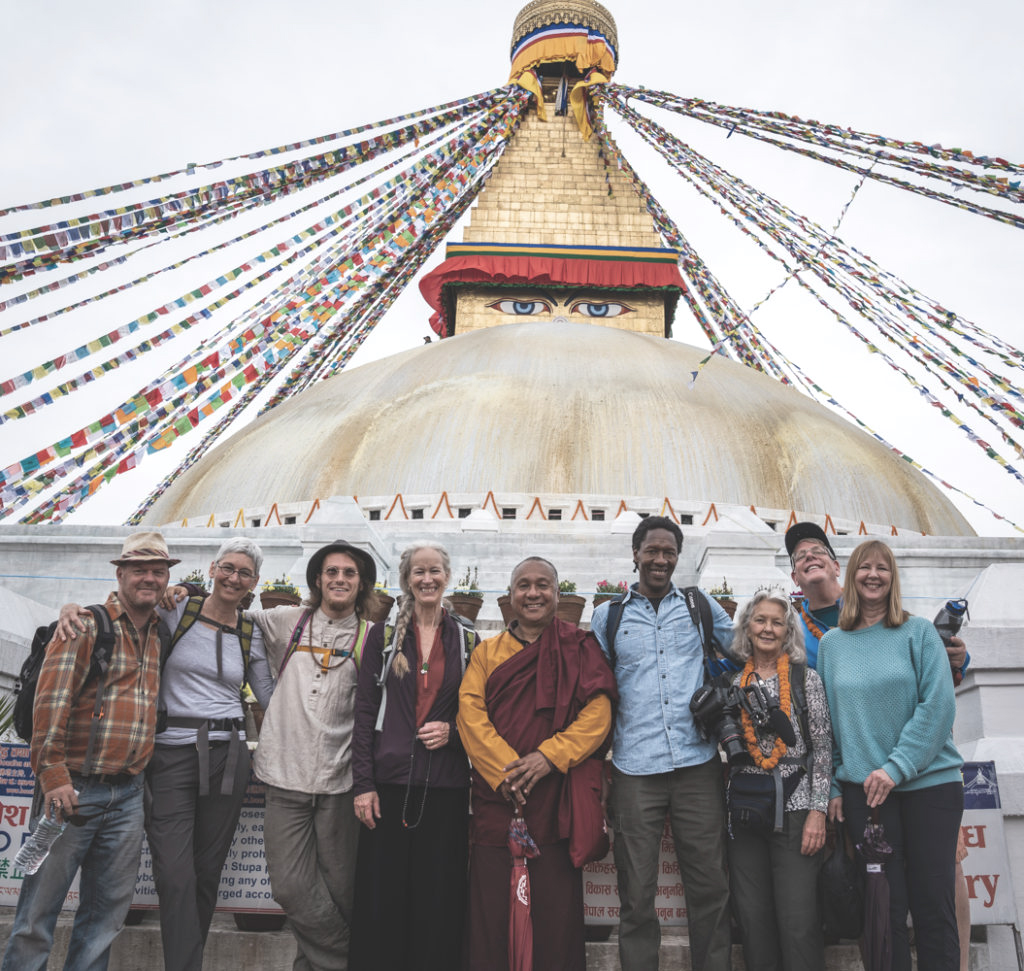 The Gaia Mandala Global Healing Community is a family of friends from around the world who are hearing the call of the Earth to wake up and engage with the great work of our time, to participate in restoring balance and harmony to the web of life.

Each of us in our own way is dedicated to being a holy vessel for global healing and collective awakening. We are cultivating transformational practices personally and practicing sacred activism collectively for the benefit of all. We are listening deeply. Opening fully. Making relations with each other and making offerings to Mother Earth. We are aligned with the cycles of the moon and sun and we are claiming our true nature to live in harmony within the web of life and in relationship to each other.

We are a growing circle, an extended community, an inter-denominational sangha. We are each a node on a global mandala of healing, protection and renewal for the Earth. In love with life, we recognize our relationship of interbeing and give thanks for the opportunity of this precious human life to wake up and offer ourselves as vessels for healing in all the ways that are called for in these times. 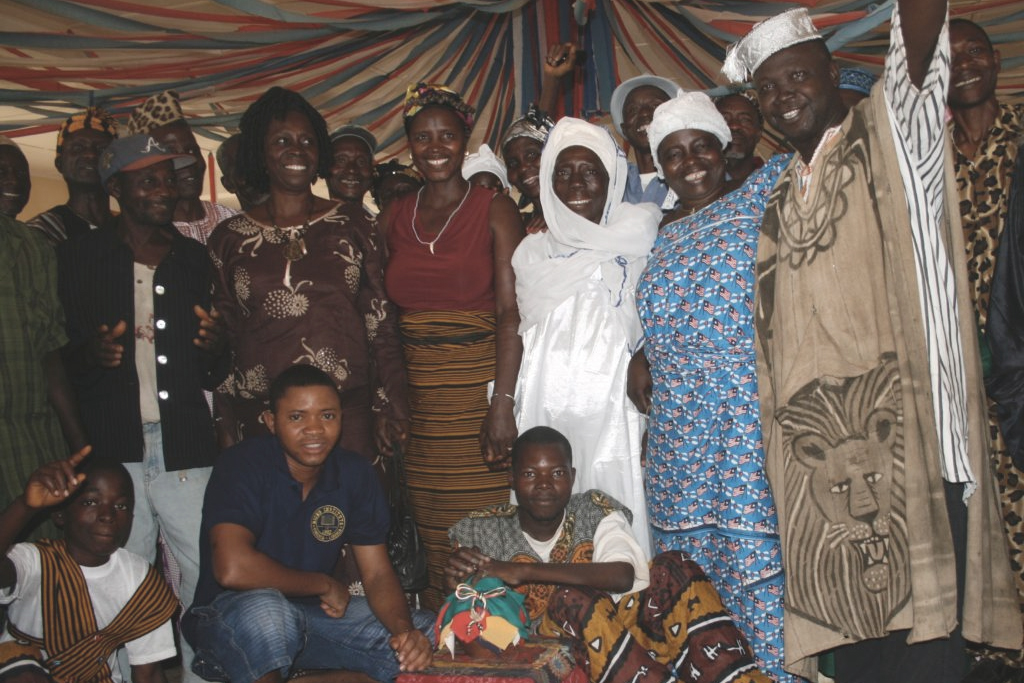 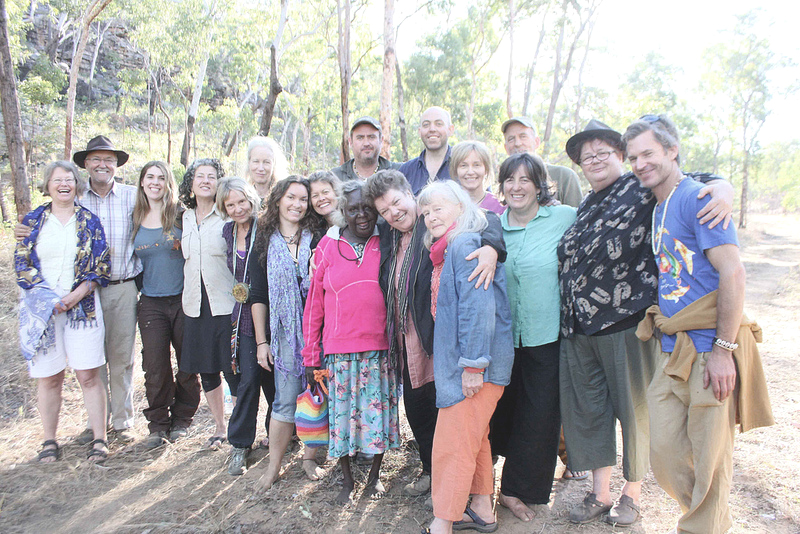 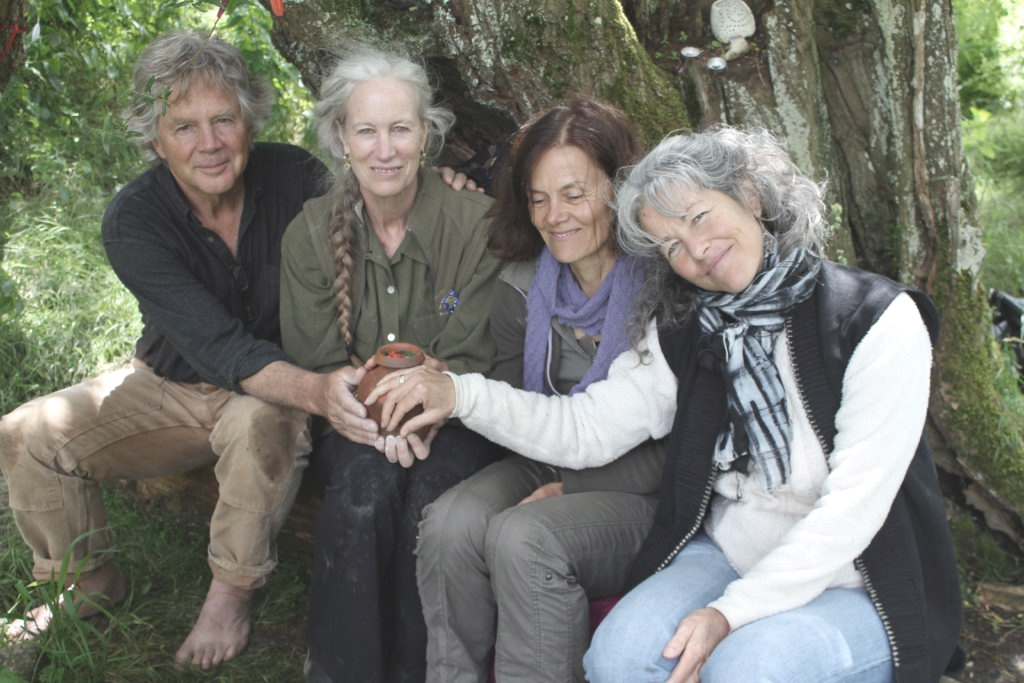 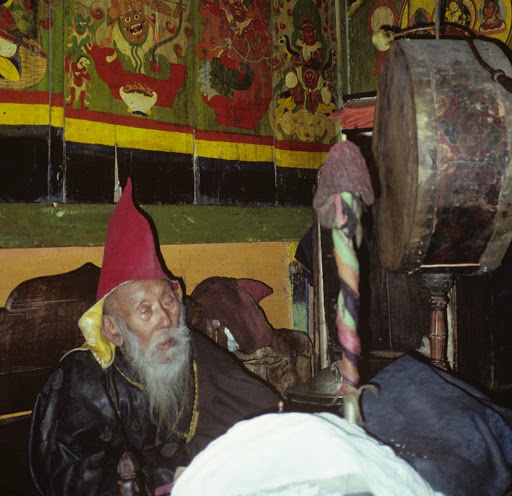 Thirty years ago, our founder, Cynthia Jurs, met a 106-year-old Buddhist Lama living in a remote cave in Nepal. Her question to him was, “What can we do to bring healing and protection to the Earth?” In answer to this question, she was given a practice of filling, sealing and burying Earth Treasure Vases around the world in places of need, bringing this ancient practice alive for these times.

Since then, first Cynthia, and now many others who have also become stewards of the Earth Treasure Vases, have traveled the world to make relations with elders and activists and invite the prayers and offerings of thousands of people in diverse cultures, communities and ecosystems around the whole Earth.

Holding the little clay pots to our hearts and passing them warm hand to warm hand, in ceremonial circles around the world has catalyzed each of us to engage with our most heartfelt concerns for the Earth.

From Africa, Australia, Asia and the Americas, we all want to ensure the health and longevity of this beautiful blue-green planet we call home. 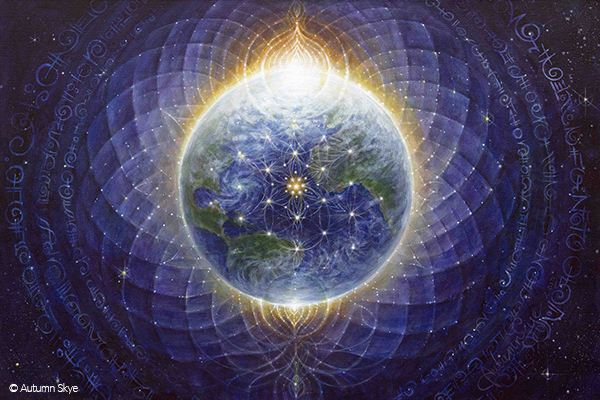 As the Earth Treasure Vases are planted around the world, stewarded by members of our global family, the locations and communities where the vases have been buried have formed a mandala of healing and protection for the Earth. Like acupuncture points on Gaia’s body, the Earth Treasure Vase nodes that form this mandala and the meridians that connect them like energetic highways or songlines (as the Aborignal Australians refer to them) carry our prayers and intentions around the planet.

This Global Healing Mandala is now coming to life. It is a healing force to participate in, contribute to, keep alive and connect with. 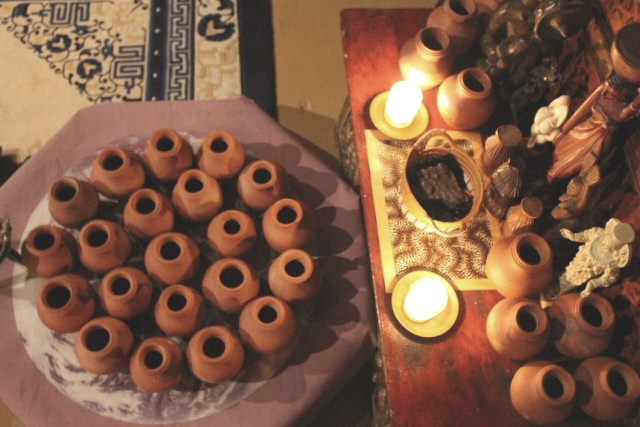 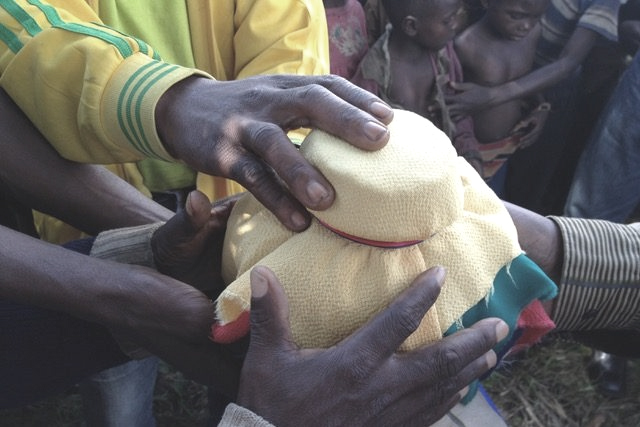 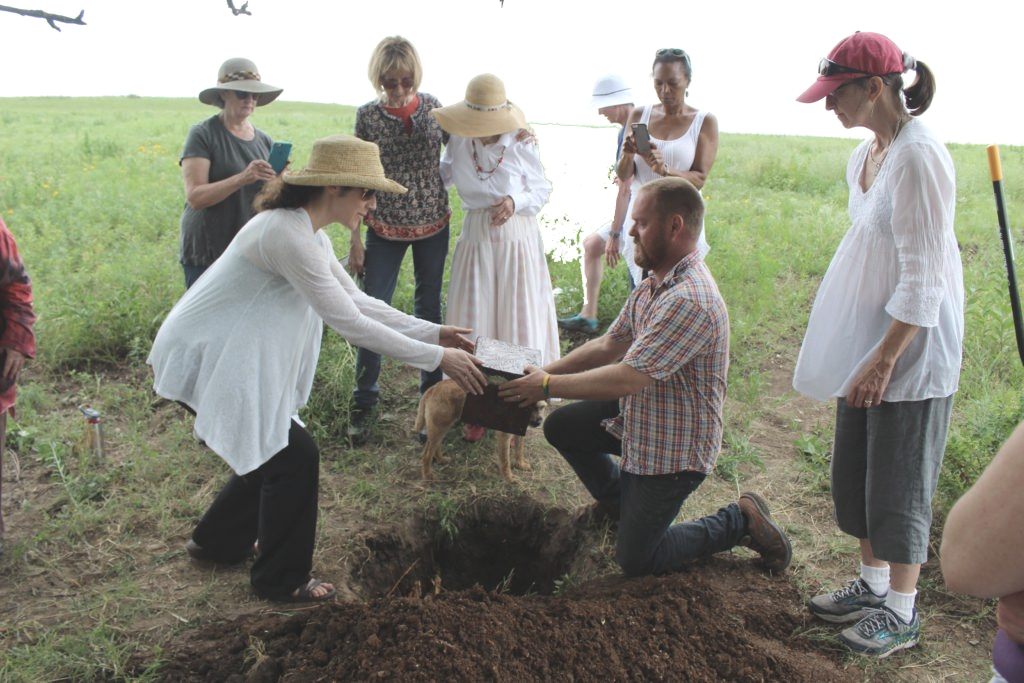 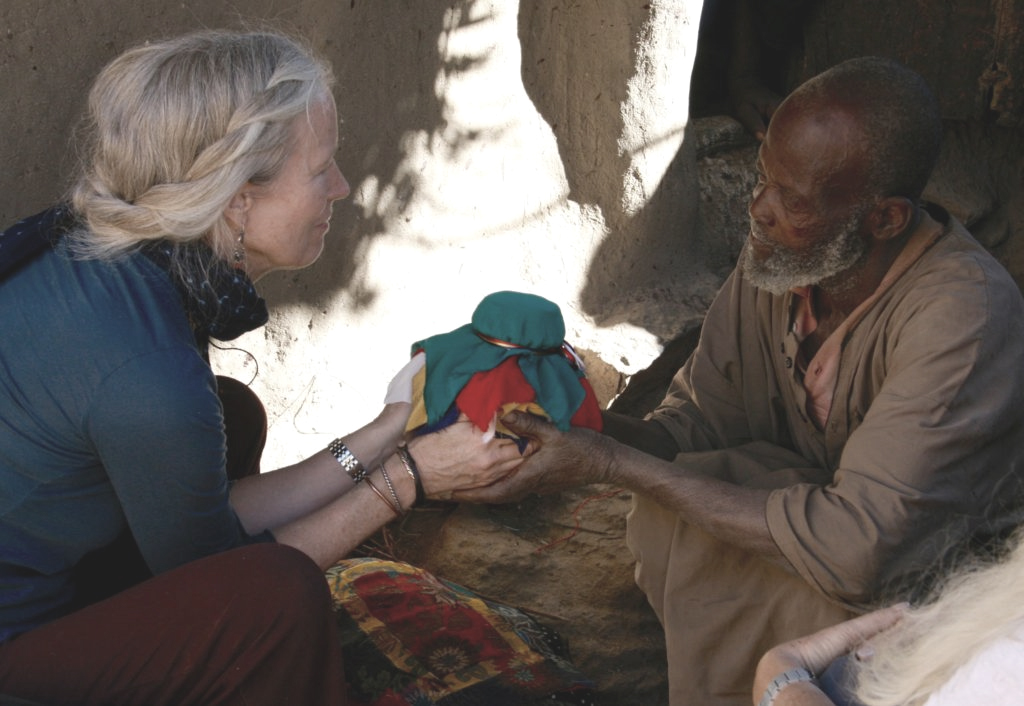 Over the next few years, the last remaining Earth Treasure Vases will be buried. 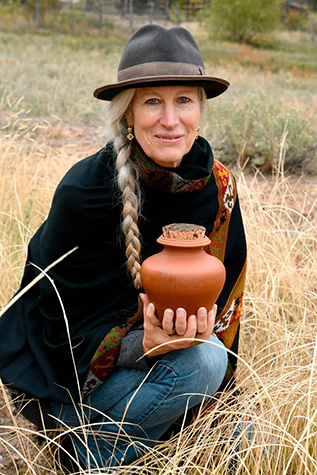 Our founder, Cynthia Jurs, has immersed herself deeply in the study and practice of Buddhism for over three decades, annually spending time in solitary retreat and receiving teachings from many great masters. In 1994 she was given dharma transmission from her root teacher, Zen master Thich Nhat Hanh and became a Dharmacharya in the Order of Interbeing.

In 2018 in recognition for her many years of study and practice in the Tibetan Buddhist tradition and her devotion in carrying out the Earth Treasure Vases, she was recognized as a Lama at the root temple of Kushok Mangden Rinpoche, Tolu Tharling Gompa, in Nepal by the current abbot, Lama Ngawang Tsultim Zangpo.

Cynthia holds these titles and dharma affiliations lightly. Her true source of refuge and spiritual inspiration is Mother Earth; Gaia. Inspired by thirty years of pilgrimage into diverse communities and ecosystems, today Cynthia is forging a new path of dharma, connected to the Earth, in service to Gaia, deeply rooted in the feminine, honoring indigenous traditions, and teaching an embodied, engaged, sacred activism through meditation and prayer, ceremony and ritual, pilgrimage and council.

Her book, Summoned by the Earth, is forthcoming and a documentary film is in process.

Learn about our pilgrimages, online events, retreats and courses. 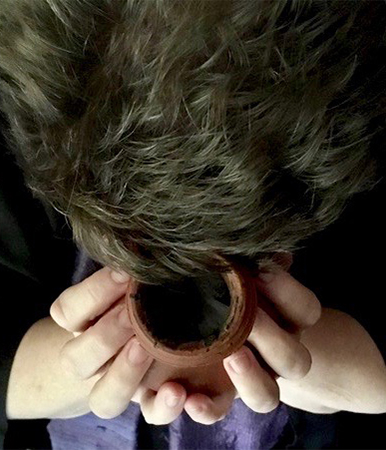 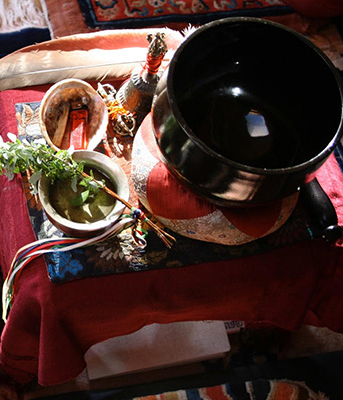 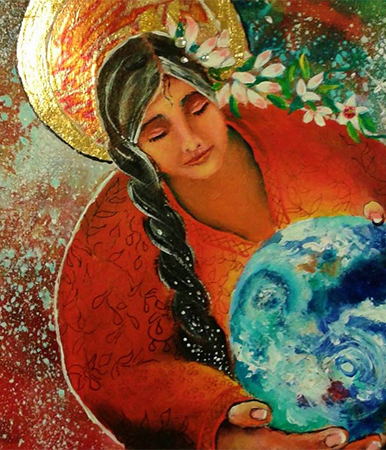 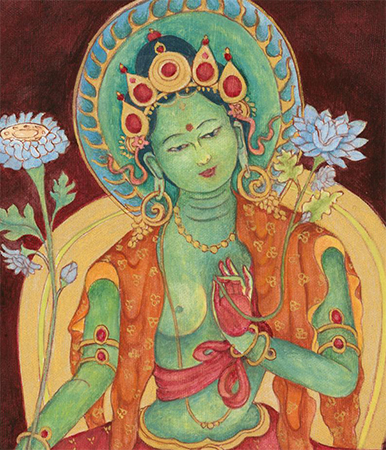 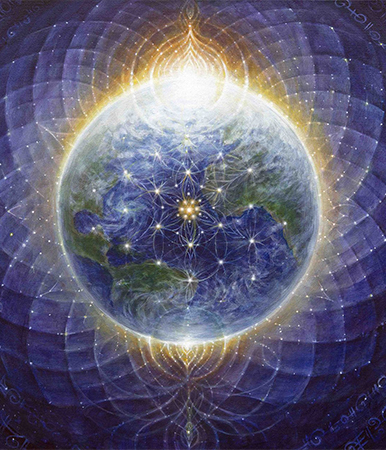 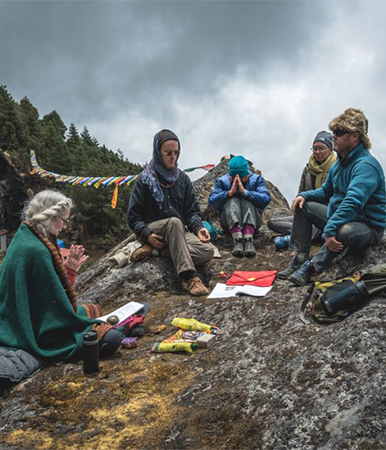